15. The Lost Villages of Garston and Speke

The fascinating histories of two of Liverpool's most ancient and important lost villages.

Medieval monks from both the Cistercian and Benedictine orders founded religious communities at Garston, and farmed what are now modern Aigburth and Speke. They also built 13th century Stanlawe Grange, which remains as the oldest, continuously-occupied house in Liverpool.

In this talk Ken tells of the tiny, but once important community of Dungeon, and of the salt works that flourished there. This preserved food that was fed to slaves on plantations in the Caribbean and the Southern States of America. He also tells of the ghost of Tudor Speke Hall; one of Britain's most precious stately homes.
Hear about Oglet, which is the now seriously threatened last surviving area of natural beach in the City. Hear too the history of Speke Airport ~ now Liverpool John Lennon Airport, and of Garston Docks and their vast and lethal railheads. Also, Ken will describe how these once entirely rural districts became heavily-populated and industrialised during the Industrial Revolution, but especially in the last half of the 19th and first half of the 20th centuries.

Coming right up to date, Ken describes how both districts are now radically changing once more, and facing the post-Covid 21st Century with a new optimism and hope. 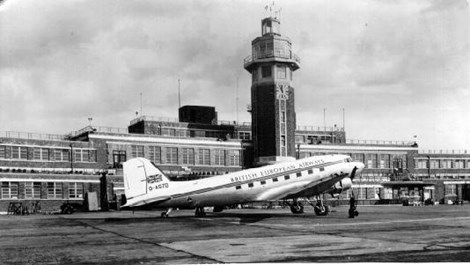