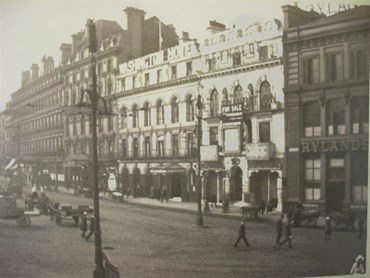 Over the centuries Liverpool has been able to entertain its people, and visitors to the City, with a remarkable range of varies attractions, performance, and exhibitions. Perhaps though, one of the most bizarre was this one ...

One of the longest-standing and most popular attractions in the North of England was ‘Reynolds Waxworks and Exhibition’. This opened, in 1858, at number 12 Lime Street in Liverpool, directly facing the entrance to the station. Owned and operated by Alfred Reynolds, and later by his son Charles, this was based on Madame Tussaud's Waxworks in London. However, Alfred was determined to offer much more sensational subject matter, which would appeal to the thrill-seeking and perhaps jaded tastes of 19th century Liverpudlians. In fact, Reynolds ensured that his exhibitions became increasingly bizarre.

This guaranteed the continuing popularity of his Waxworks, and prompted a sudden increase in other such attractions on the street, each trying to cash in on the craze for the weird and the horrifying. This included the Tivoli Palace of Varieties, which once stood on the opposite corner of Lime Street to the Vines Pub. According to a photograph I have, this advertised an appearance by John (Joseph) Merrick (1862-1890), ‘The Elephant Man’. However, Reynolds’ Exhibition always had the edge!

This was because one of his most lurid attractions was an extensive exhibition of actual-size, wax anatomical models. These illustrated, in full colour, what advertising described as ‘the fruits of sin and the consequences of uncleanliness’. So, there were highly-details models of particularly intimate body parts showing the symptoms of syphilis and gonorrhea. As a result, queues to see this collection regularly stretch out into the street.

To add to his portfolio of macabre exhibitions Reynolds also opened a Chamber of Horrors in his Exhibition. His promotional handbills and posters were seen all over Liverpool and beyond, and announced chilling wax models and tableaux of ‘murder most foul’ and ‘representations of torment and terror’!

The opening hours were from 10am until 10pm, and admission cost 3d (old pence) to view the displays, but 6d (old pence) if you wished to see the live exhibitions and entertainments as well, which were performed twice a day, at 3pm and 8pm. These shows were billed as being ‘of a sensational and horrifying character’, and included a ‘Flea Circus’, and 'Freaks of Nature’, such as, ‘The Norwegian Giant; and ‘Tiny Tim’, who competed with General Tom Thumb from Barnum’s Freak Show, which was then touring the world and had visited Liverpool. There was also ‘The Infant Jumbo’, who was billed as ‘the most wonderful child ever exhibited, who, at the age of 6, weighed over 205 lbs.’; and ‘The Human Atom’, who was actually a seventeen-month-old baby, 12 inches high and weighing only 22 ounces.

In keeping with the mores of the time none of these entertainments, including the freaks and anatomical exhibitions, were considered to be salacious or unacceptable in any way. In fact, they were regarded as being a completely socially acceptable form of entertainment. Families were welcome and children were particularly encouraged to attend, and Reynolds’ Waxworks was promoted as ‘an educational exhibition designed to inform, warn, and improve the juvenile personality’.

The Waxworks and Exhibition remained very popular throughout the late 19th century and, in 1894, curious Liverpudlians could now see ‘Princess Paulina, the Living Doll’, who was a Dutch Dwarf, also known as ‘Lady Dot’ or the ‘Midget Mite’. She stood at a height of just 17 inches, and weighed only 8½lbs. Sadly, Paulina was only nineteen years old when she died, in 1895. However, she had been such a popular attraction and quite a celebrity during her lifetime that Reynolds made a waxwork of her, which he displayed for many years afterwards. Visitors could also be amazed by ‘Ethnographic attractions featuring a family of genuine Aztecs’!

Determined to use every modern technological development to enhance his exhibitions, Reynolds also displayed a ‘Breathing Sleeping Beauty’, and an illuminated, sensually and alluringly sculpted wax figure of ‘Ayella, the snake-charming houri’. This model was dressed in a gorgeous and tantalizing oriental costume, and draped in writhing model snakes and alligators. She also had electric fittings that lit up the snakes' eyes. Also on view was a life-sized, mechanical model of the extremely popular, 4 foot 6 inch tall Music Hall comedian and dancer, Little Tich (1867-1928), which danced and bowed. Another particularly popular attraction was a fully-animated clockwork scene showing an English execution by hanging.

Reynolds was also particularly anxious to secure a wax model of James Berry (1852-1913), the celebrated and very busy hangman, so he paid this ‘master-craftsman’ the staggering sum of £100 to sit to have his portrait made in wax. Berry agreed, but Reynolds, who never missed a trick, admitted the public to observe the process, charging them handsomely for the privilege. But the customers got their money’s worth too, because during these sessions Mr. Hangman Berry regaled people with grisly, detailed descriptions of how some of his ‘customers’ had gone to their deaths on his gallows!

In 1899, visitors could have seen ‘The Wax Head of Jack-The-Ripper, modelled from sketches published in the Daily Telegraph, and from witnesses who had actually seen him!’ Which, considering that no one, apart from the notorious serial-killer’s slaughtered victims had ever seen him, was quite an achievement!

Amongst other ‘freaks’ who caused a sensation in Liverpool were Millie and Christine McKoy (1851-1912), otherwise known as ‘Millie-Christine, the Carolina Twins’ and also as ‘The Two-Headed Nightingale’. Born as negro slaves on an American plantation in Carolina, these girls were conjoined twins who sang beautifully in perfect harmony. Emancipated in 1866, following the end of the American Civil War, they successfully, and happily toured the world, becoming quite wealthy in the process. When they appeared at the Liverpool Waxworks, in 1871, they caused a sensation and Reynolds made a great deal of money from extra ticket sales.

Another of Reynolds’ special star-attractions was ‘Lionel, the Lion-Headed Boy’. He was advertised as being ‘From the forests of Kostroma Russia, eight years of age and bearing a full and completely natural mane of facial and head hair!’ The boy was actually Stefan Bibrowski (1891-1932) from Warsaw. He had been discovered by a German showman who, with the permission of the boy’s parents, put him on show around the world. When people saw him in the Lime Street Exhibition they were told that his unfortunate but entirely genuine symptoms had been ‘caused by his mother witnessing his father being eaten by a lion’.

One of the first permanent venues in Liverpool to show ‘moving pictures’ Reynolds’ Waxworks and Exhibition survived until 1921, still only charging only 3d and 6d for admission. However, by this time tastes were changing and freak shows were no longer quite as acceptable. The exhibitions were removed and sold, as was the building. In fact, the famous anatomical model collection would quickly reappear, at 29 Paradise Street, as the ‘Liverpool Museum of Anatomy’. However, this exhibition admitted adults only and on separate days for each gender! When this museum also closed, in 1937, the collection of disturbing wax body parts was bought by Louis Tussaud’s Waxworks in Blackpool. As many people reading this will remember, these were exhibited on the Golden Mile until relatively recently.

Number 12 Lime Street re-opened, in 1922, as ‘Reynolds Billiard Hall’ with a tea room on the ground floor but, by the 1950s, this was ‘The Empress Chinese Restaurant’. In 1964, the entire block of buildings was demolished and replaced by the new St John’s Market. However, and judging by the current popularity of horrific attractions such as ‘The London Dungeon’, if Reynolds’ Waxworks and Exhibition was to re-open today then I expect it would do a roaring trade! 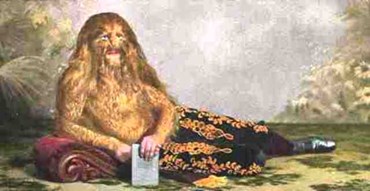