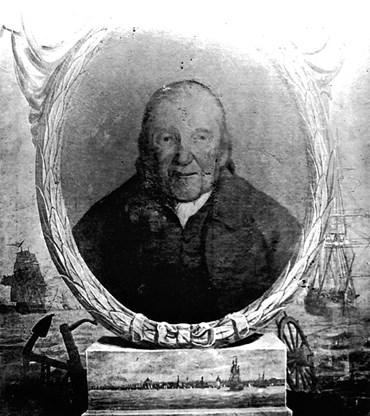 We owe so much to William Hutchinson, indeed, many people owe him their lives, and yet most people have never heard of this remarkable, Liverpool pioneer.

William Hutchinson was an extremely gifted man, as well as being a fascinating character. He was a sailor, privateer captain, a ship owner and merchant, a shipwright, an inventor, a scientist, an author, a local politician, a health pioneer, and a philanthropist. Also, and most significantly, he was appointed as Liverpool’s first Dock Master and its Principal Water Bailiff. But, he was not originally from Liverpool.

William had been born, in 1715, in Newcastle-upon-Tyne and, following the unexpected death of his father, in 1727, at the age of only eleven he was forced to seek work at sea. He took a job as cabin-boy, cook, and beer-drawer for the sailors aboard a collier ship. This was a coastal trader carrying much needed coal from the north-east of England to London and the south.

Then, in 1738, at the age of twenty-three and in his own words, for a year he became a "fo'c'stle man on an East Indiaman, sailing to India and China". Two years later, in 1740, William decided to permanently move to Liverpool, where he knew that the opportunities for ambitious young seafarers were so much better.

By 1743, he was in the Royal Navy, serving as Mate on a ‘bomb's tender’ ship, operating out of in Hyeres Bay near Marseille. This was a life-threatening job, because the War of the Austrian Succession (1740-48) was then being fought, and a bomb’s-tender was a vessel used for carrying stores and ammunition to warships, which were known in the navy as ‘bombs’.

With the sea now completely ‘running through his veins’, and as an experienced and skilful seafarer, in 1746, William served aboard the ‘Perl’, a West Indiaman that had been fitted out as a privateer. He had been issued ‘Letters of Marque’ by the British government, which gave him authority to take an armed ship to ‘attack, capture, and plunder’ enemy merchant ships in time of war. In other words, he was a legalised, government-sanctioned ‘pirate’, and the current targets were the merchant vessels of France and Spain. However, and in an already eventful and exciting life, William and his crew were captured and taken prisoner by a French squadron, but, fortunately, he was released shortly afterwards.

In 1747, he now took command of another privateer, the ‘St George’, capturing the French ship, ‘St Jean’. In 1750, he joined forces with Wallasey-born Fortunatus Wright (1712-1757), who was already Merseyside’s most colourful, famous, and successful privateer captain ~ but his is another story.

The Hutchinson-Wright partnership was astoundingly profitable for both men, and for their crew. Aboard the ex-Royal Navy, twenty-gun frigate, ‘Lowestoft’, Hutchinson captured many foreign merchant ships. These vessels and their often rich cargoes were then either ransomed back to their countries of origin or sold at auction. As a result both men made themselves very wealthy. Indeed, by 1752, Hutchinson was rich enough to build his own boat, especially designed for privateering and trade in the West Indies. Also, in 1755, the Corporation of Liverpool made him a Freeman of the Town. But it was not all ‘plain sailing’ for William.

In his memoirs William wrote how he and his crew had been shipwrecked in a severe storm and had to take to the lifeboat. They were adrift and far from land, and soon the food supplies ran out. After some debate they had to accept that the only way to survive was to eat one of their number. They agreed to draw lots to choose who would sacrifice himself and, unfortunately, William lost. He then wrote of how he prayed and made his peace with God, and was just about to be slaughtered by his crew when a ship was spotted on the horizon.

To everybody’s relief, not least of all William’s, the men were picked up and saved. Ever afterwards, William, who was a quietly religious man of Puritan leanings, set aside the date of his rescue as a day of private prayer and thanksgiving. Indeed, his Christianity meant that William would not tolerate any ribald or coarse behaviour aboard his ships, and especially swearing of even the mildest kind. This must have made life difficult for the salty old sea-dogs and sons of the sea who were his crewmen. Could this be the reason why their captain lost the draw in the lifeboat? Had the lottery been fixed?!

Naturally, this adventure had now made the saltwater in William’s veins run a little colder, and he decided to forsake the sea and spend the rest of his life on land, in his adopted Town.

In 1758, Liverpool Corporation were looking for an experienced professional to oversee the management and organisation of all of its expanding dock network and, in 1759, they offered William Hutchinson the post of Dock Master.  William accepted, and retained this position for twenty years. He also became Water Bailiff, which was an important post that had its origins in Norman times. However, after only three months in the job, William had yet another brush with death.

For reasons that are not known, whilst on the dockside, William was suddenly approached by an obviously enraged sailor. The man’s name was Murphy, and he was a seaman aboard the privateer ship, ‘New Anson’. Murphy came right up to William, yelled out "Damn you, you are a villain", pointed a pistol directly at the Dock Master, and pulled the trigger. It was only the fact that the weapon mis-fired that William avoided a possibly fatal injury, giving bystanders the opportunity to grab Murphy and take him into custody. The disgruntled seaman was later sentenced to serve in the Royal Navy for the rest of his life, which, in the Navy of those times, could often be a fate very much worse than death.

During his time as Liverpool’s Dock Master, William made many outstanding contributions to local and international maritime and seafaring life, all based on sound scientific principles. We still benefit from these visionary innovations today. Amongst so many achievements here are just a few ~

He now influenced the revolutionary design of lighthouses at Hoylake and Leasowe, which were both fitted with his new mirrors. In 1771, a new lighthouse was constructed on Bidston Hill, and this was also fitted with a Hutchinson parabolic mirror. William’s design was then replicated and fitted in lighthouses right around the coast of Britain. The number of seafarer’s lives that have been saved as a result of his invention must run into hundreds of thousands.

In the same year, William created the Mersey Pilot Service for local waters and the Mersey Approaches, following the passing of the Liverpool Pilotage Act by Parliament, in 1766. The modern Pilot Service continues to provide ships sailing into the Mersey with highly-skilled knowledge and experience of the river’s treacherous channels and shifting sandbanks.

This was very much needed as, at that time, common lifesaving methods included bloodletting from the drowned person’s body; draping it over a trotting horse; or blowing smoke into them through the anus, using a pair of bellows! This is the derivation of that well-known phrase expressing disbelief ~ “don’t blow smoke up my arse”!

With his friend, Dr Thomas Houlston, Senior Physician at the Liverpool Infirmary, which once stood on the site of the present St George’s Hall, William had discovered that if pulled from the water quickly enough many people could be resuscitated by more practical methods than smoke-filled bellows! In fact, in the process of research for this project Hutchinson saved twenty-six people who had either fallen from the quays, or overboard from ships, into Liverpool’s docks and wharves.

‘A treatise on naval architecture founded upon philosophical and rational principles: towards establishing fixed rules for the best form and proportional dimensions in length, breadth and depth, of merchants ships in general, and also the management of them to the greatest advantage, by practical seamanship, with important hints and remarks relating thereto, especially both for defence and attacks in war at sea, from long approved experience’.

William Hutchinson died on 7th February 1801, at the remarkable age of eighty-five, and was buried in St Thomas' churchyard in Park Lane.

In 2008, as part of the development of the Liverpool ONE retail and leisure complex, which sits directly over the former creek, pool, and Old Dock of Liverpool, a memorial to Hutchinson was created. This takes the form of a long, inscribed pavement, bordered by a series of water jets. These make an attractive fountain and water feature that marks the boundary of the Old Dock. The inscriptions are of the measurements of the heights and times of high water at the Old Dock that William took during January 1783.

The world, as well as Liverpool, certainly does owe a massive debt of gratitude to this formidable, energetic, and visionary seafarer. 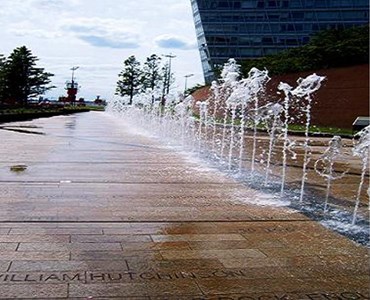